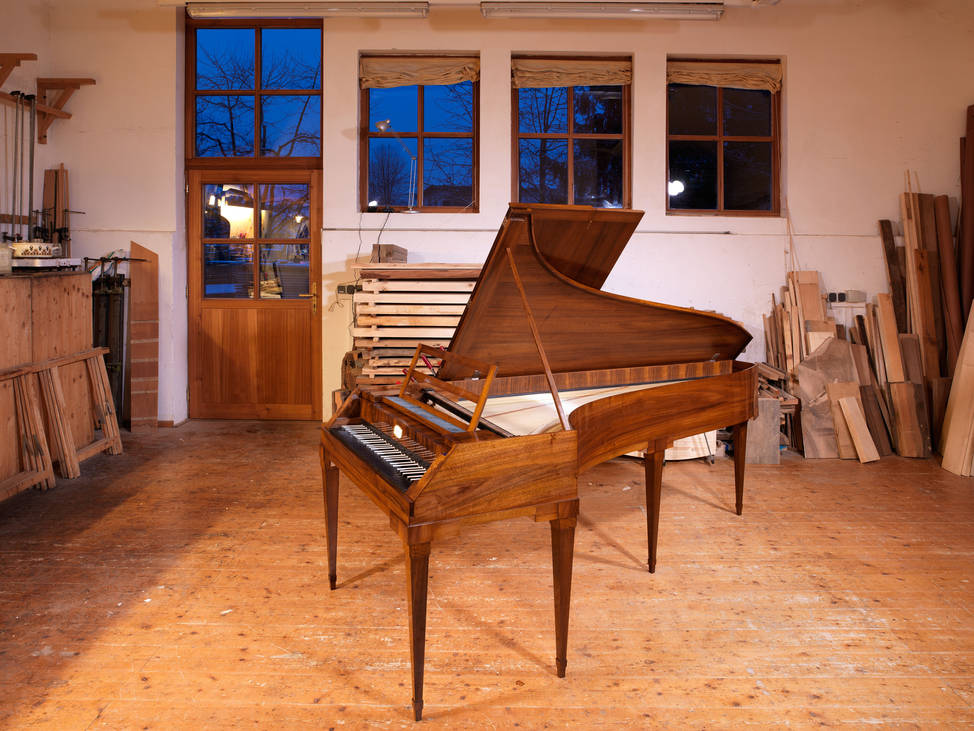 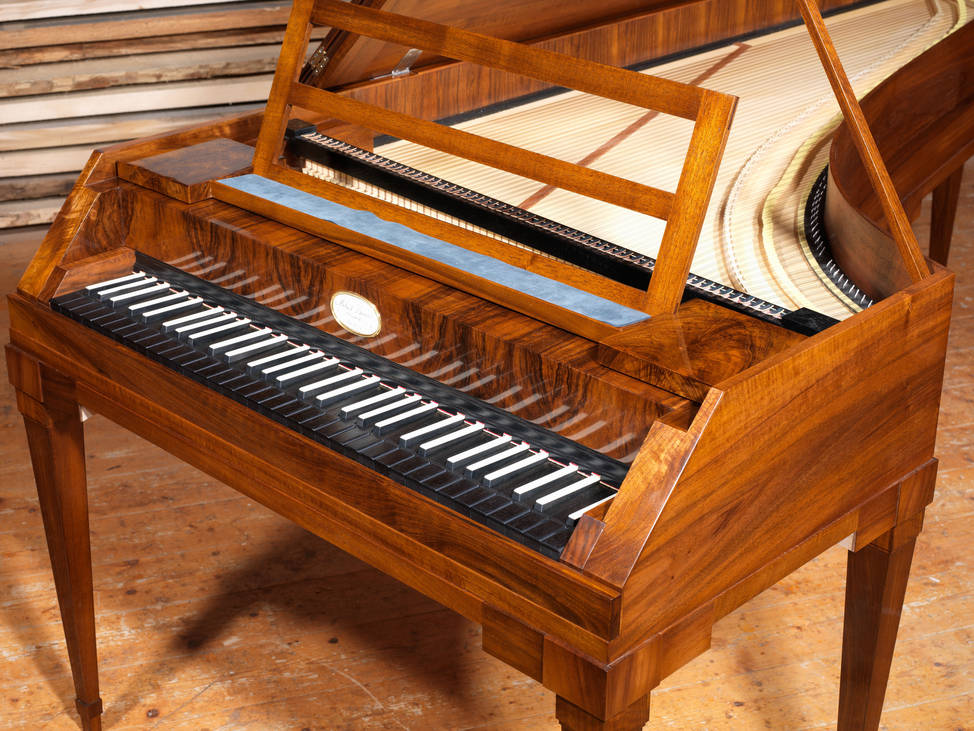 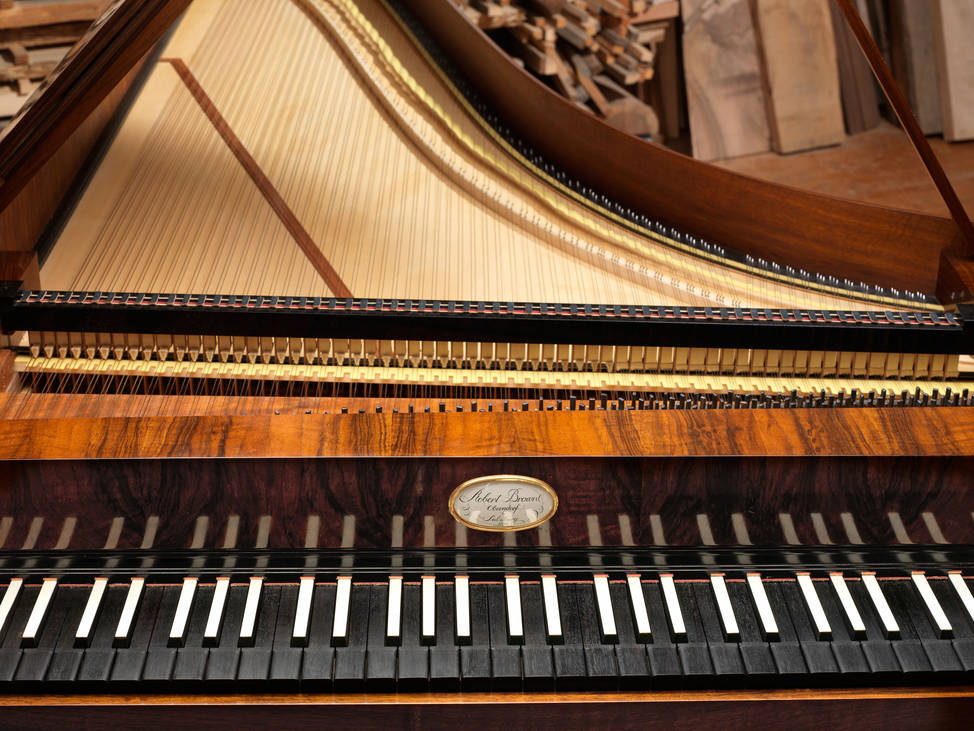 Fortepiano
by Robert A. Brown
after Antom Walter 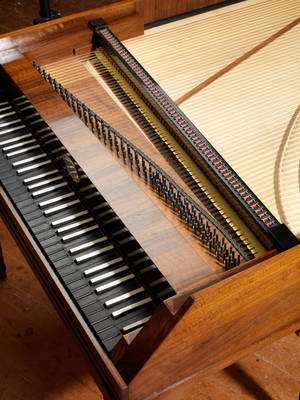 This piano is based on the original instrument by Anton Walter which today is housed in the Haydn Haus of the Burgenländisches Landesmuseum [Provincial Museum of Burgenland] in Eisenstadt.

Anton Walter was the foremost pianomaker in Vienna around the turn of the eighteenth and nineteenth centuries. Both Mozart and Beethoven owned instruments by Walter and, as can be understood from their correspondence, they held the instruments in very high esteem.  The Walter piano belonging to the Burgenländisches Landesmuseum and the Mozart instrument, which Mozart acquired in 1782 and today is part of the exhibition in the Mozart House in Salzburg, are clearly built to the same plan. The actions of both instruments have however since been replaced, in the case of the Mozart piano most probably by Anton Walter himself. Interesting traces of the original actions remain but are insufficient to provide any insight into their original design.The exact date of these changes has not as yet been determined. In addition, both instruments now have knee-levers to lift the dampers whereas they were originally equipped with hand-levers. The construction of the case and resonating parts remain largely unaltered.

Although the building plan of this instrument closely resembles that of the original Eisenstadt instrument, it is not an exact replica. Several deliberate departures have been made, most of which were influenced by Walter’s later instruments. For example, both the damper-lifter and the moderator actions are operated by knee-levers, whereas the original instruments had knee-levers only for lifting the dampers, and the moderator was operated by a hand-stop.  The compass, originally five octaves and one note, has been extended by two notes in the treble. The case construction and the exterior correspond to the original instrument, as does the keyboard design with black naturals and white sharps. 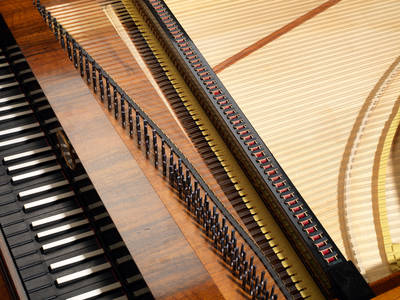