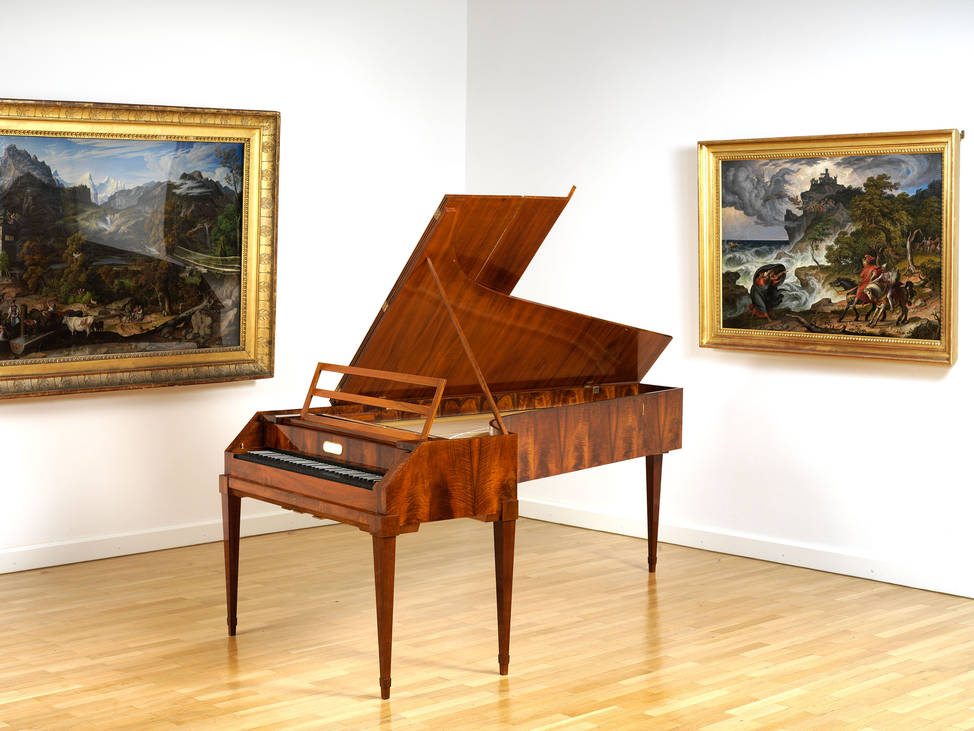 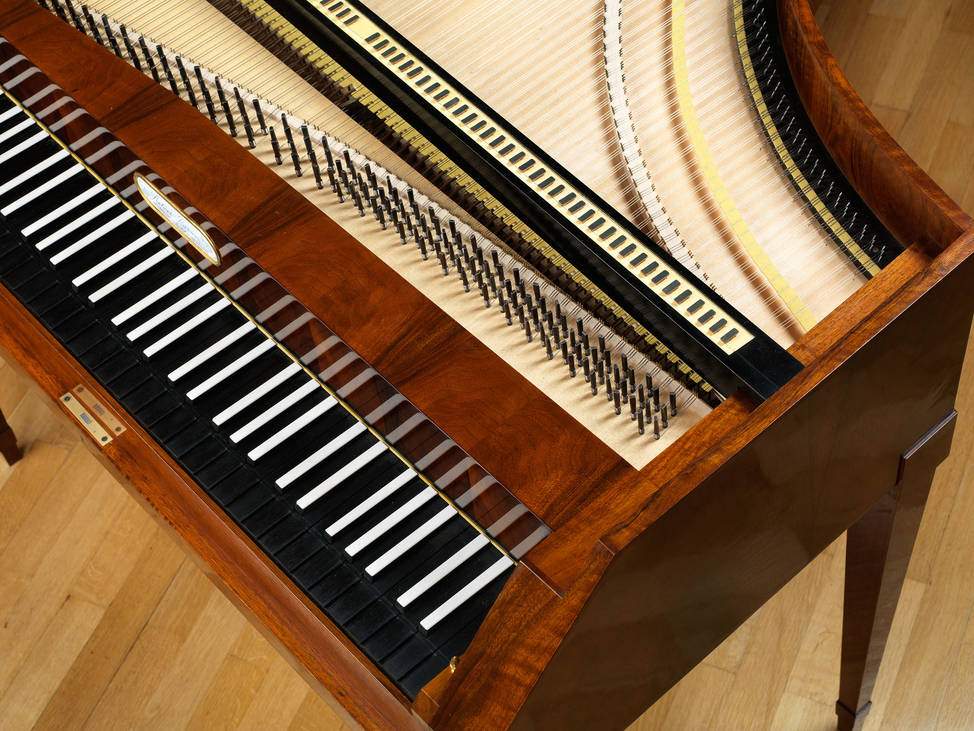 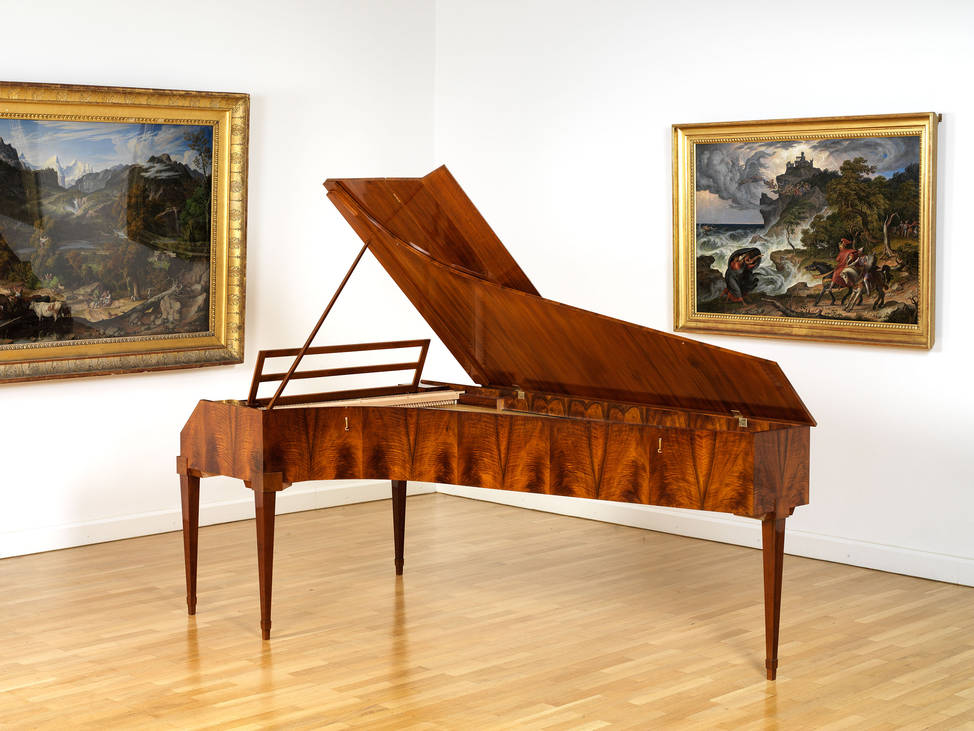 Fortepiano by
Robert A. Brown
after Michael Rosenberger 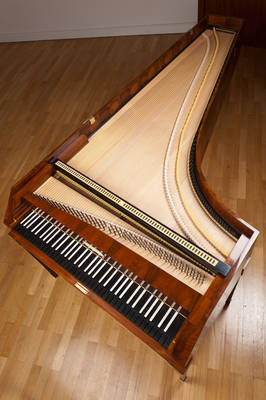 This pianoforte was built in Oberndorf bei Salzburg in the workshop of Robert Brown after an original instrument dated c. 1805 by Michael Rosenberger (1766- 1832) in Vienna. The original instrument belongs to the musical instrument collection of the Museum of Fine Art in Vienna and today is on permenant loan to the University of Music and the Performing Arts, Vienna.

The building plans of this instrument are based closely on the original instrument, however the instrument is not a strict copy. For example the instrument is veneered in Walnut, the veneer of the original is cherry and in addition to the original two knee levers, Moderator (left) damper lifter (right) there is a third knee lever to operate the keyboard shift. The knee levers change the colour of the sound in order to produce special sound effects. This was a standard requirement of the pianos of this period and serves to increase the possibilities of interpretation of the music of this period.

The decision to make a replica of this instrument was taken exclusively on the basis of the sound of the original instrument, which is a very fine example of piano making of the Classical Period in Vienna, c.1780-1820. The typical colourful slender sound of these instruments contrasted significantly but lead directly onto the larger rounder sound of the early Romantic pianos manifested for example in the instruments of Conrad Graf. For this reason these instruments are ideal for the interpretation of the music of such composers as Mozart, Haydn, Beethoven and their contemporaries. 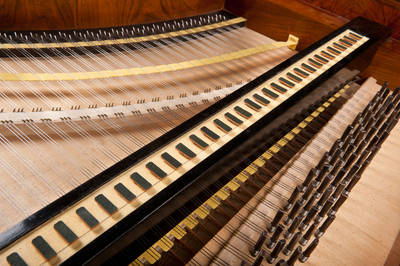