Internal construction of the case. 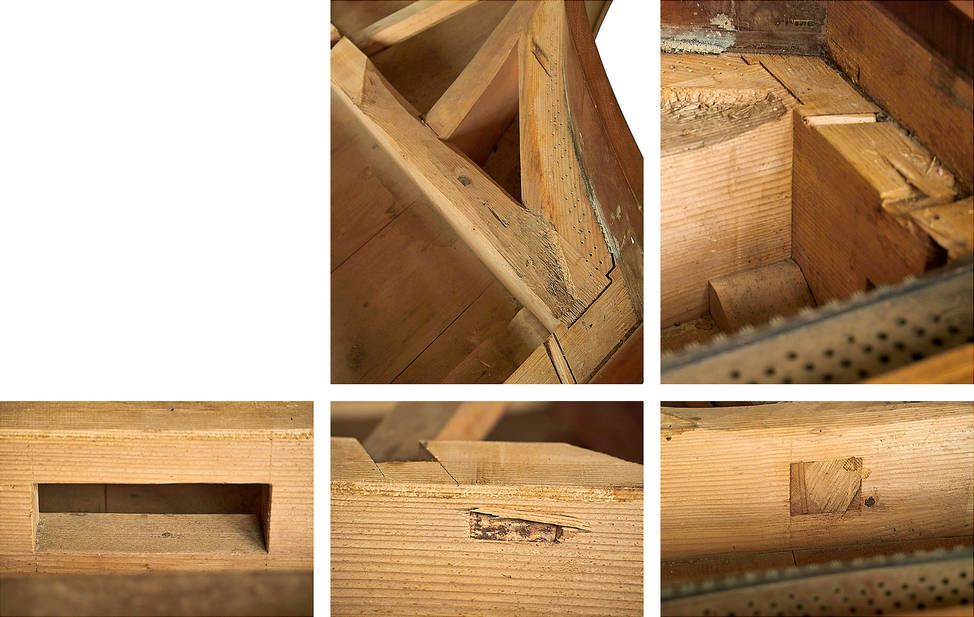 The cheek to belly rail joint had failed which had led to considerable distortion of the case construction. The cheek had lifted and caused damage to the treble end of the soundboard.

Internal construction of the case. 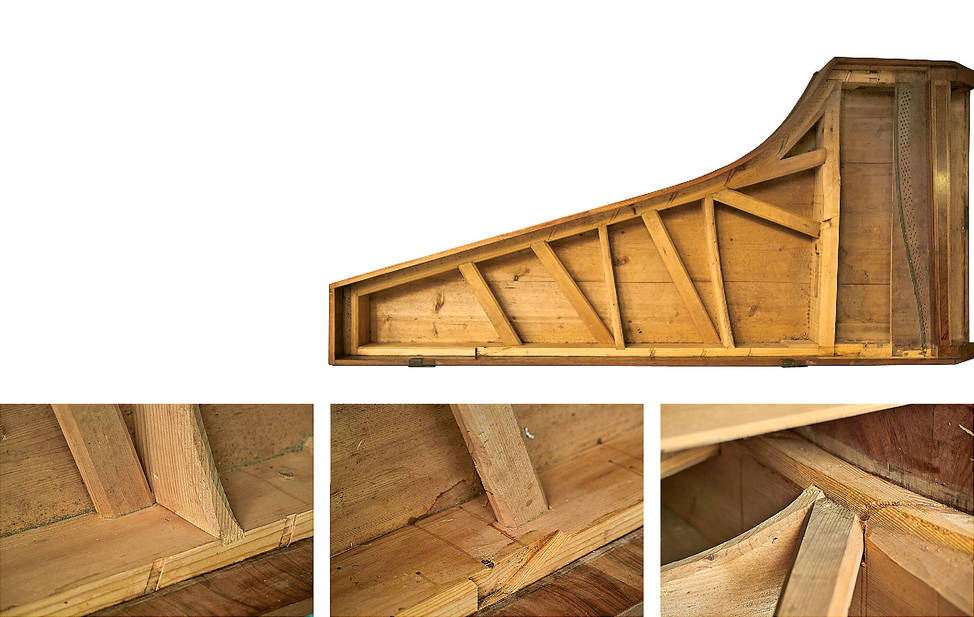 Details of the soundboard. 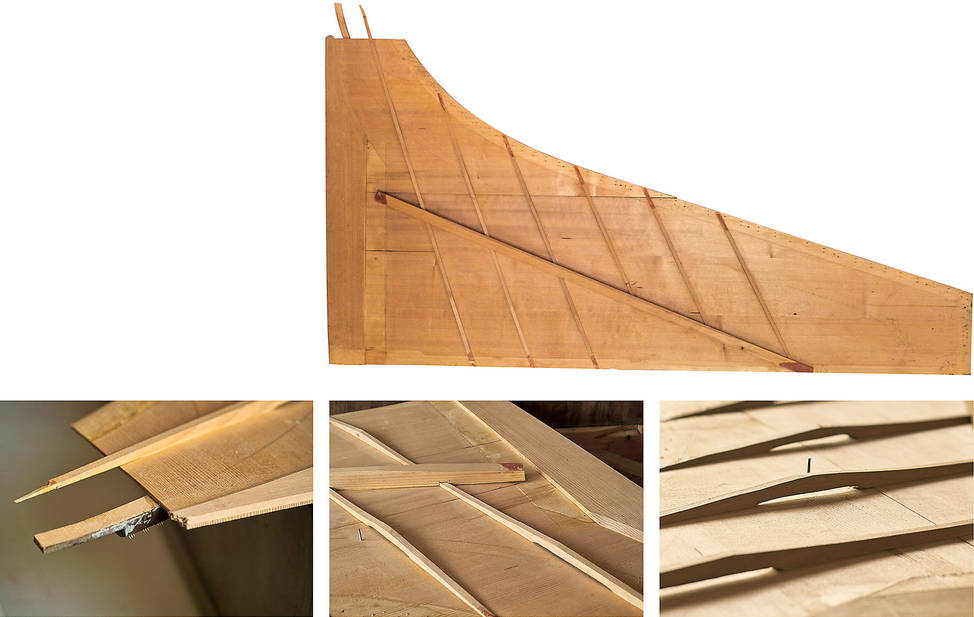 A view of the underside of the soundboard showing a system of soundboard bracing typical of the Walter instruments of this period. The deformation of the case broke the upper half of the soundboard in several places and tore away the bridge.

Details of the soundboard. 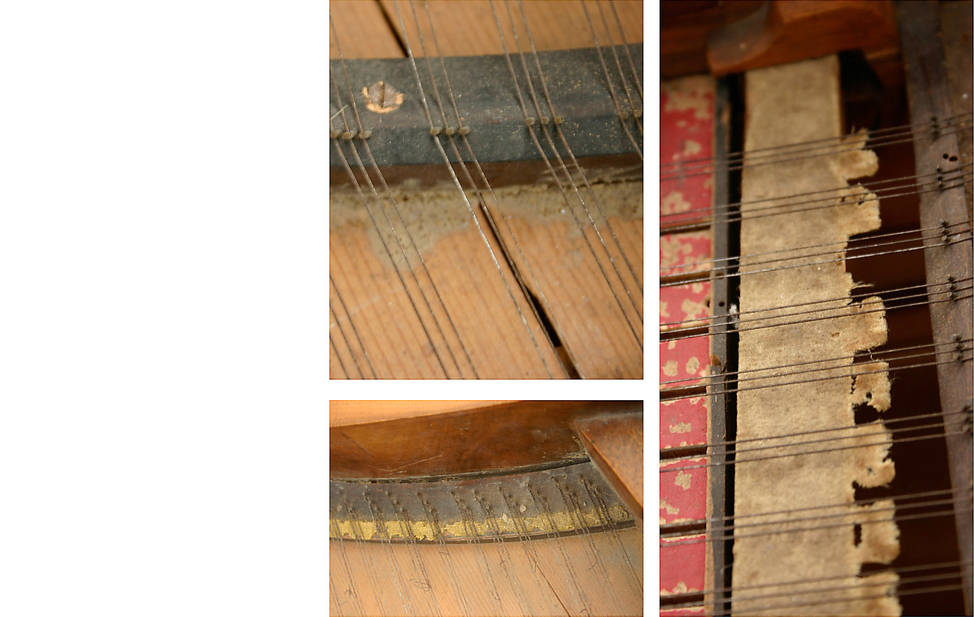 The existing repairs to the soundboard were quite unsatisfactory. A screw placed through the bridge going into the soundboard accompanied by copious use of thick glue did nor achieve anything constructive. As a result of the distortion of the cheek, the bentside was forced away from the top end of the hitchpinrail. The original moderator rail with the original cloth was intact, worn but untouched. 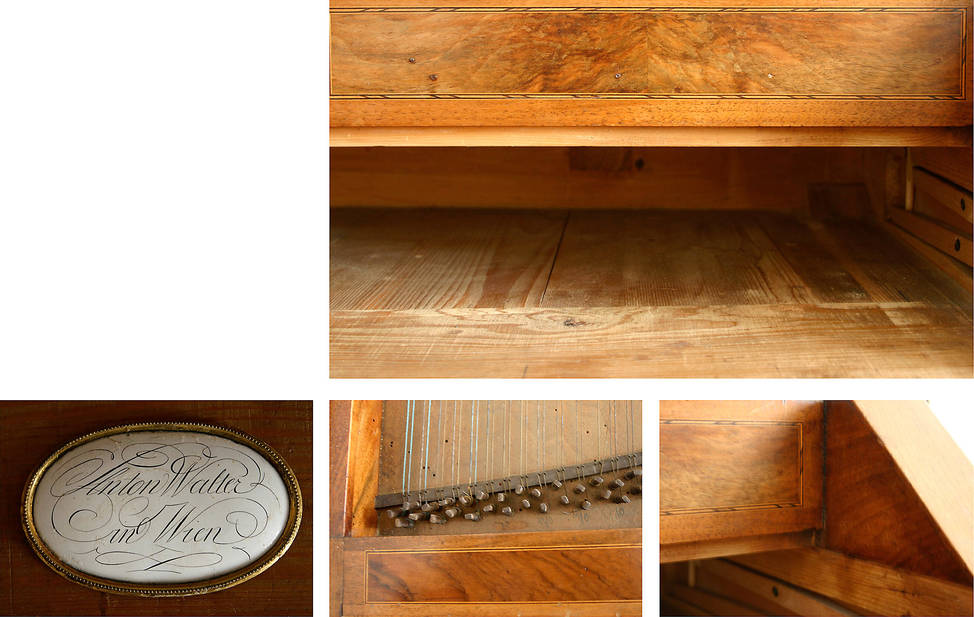 The Wrestplank was beautifully inlaid on the upper surface and around the original name shield. 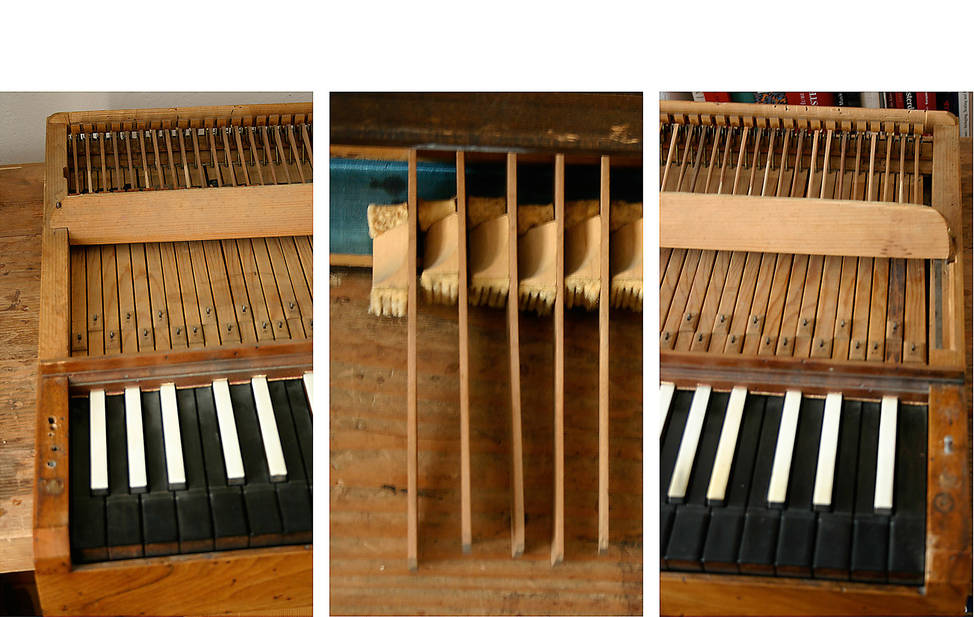 Considering age the keyboard, action and dampers were in largely good condition. 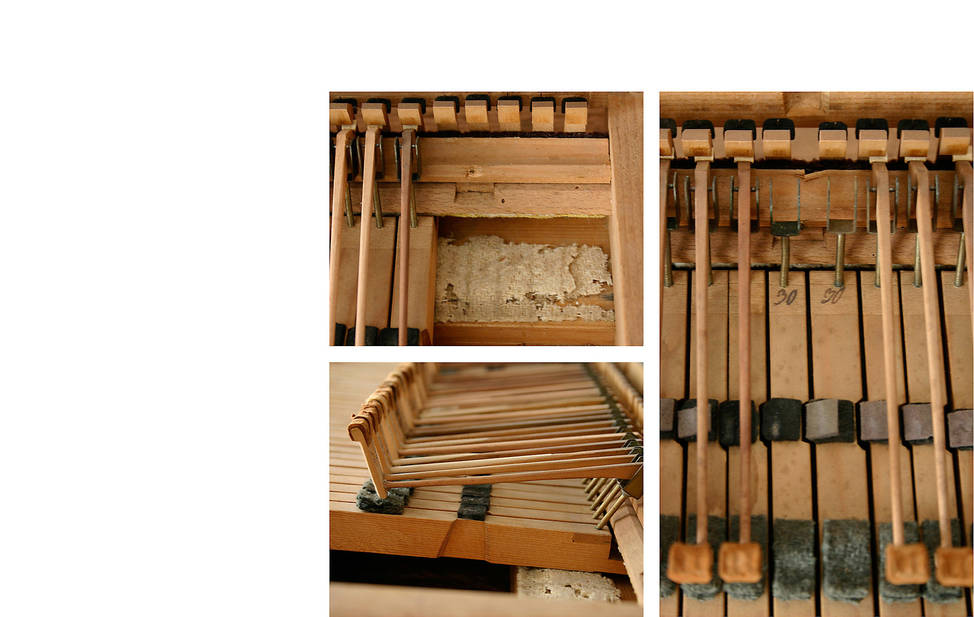 The original hammerhead leather, the cloths and felts were largely intact and in good condition. The number 30 here seen written at the end of the keys d sharp 1 and e1 is to be found at several other places of the action. The significance of the number 30 is unknown to me. 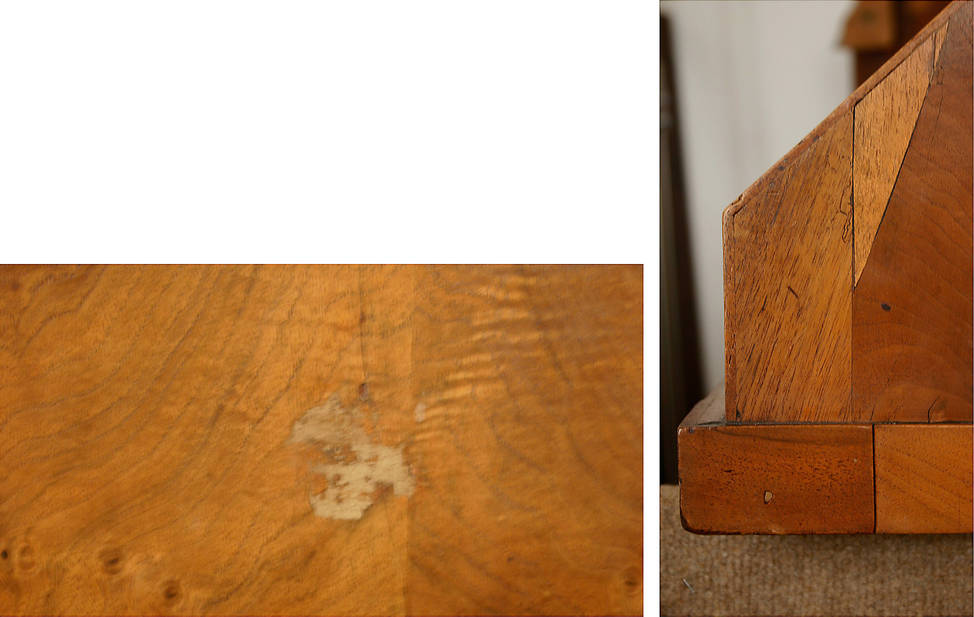 The exterior of the case was damaged by previous repair work. The bentside veneer had been sanded through in two places, the replacement piece of cheek veneer was suitable neither in its structure nor in its colour. 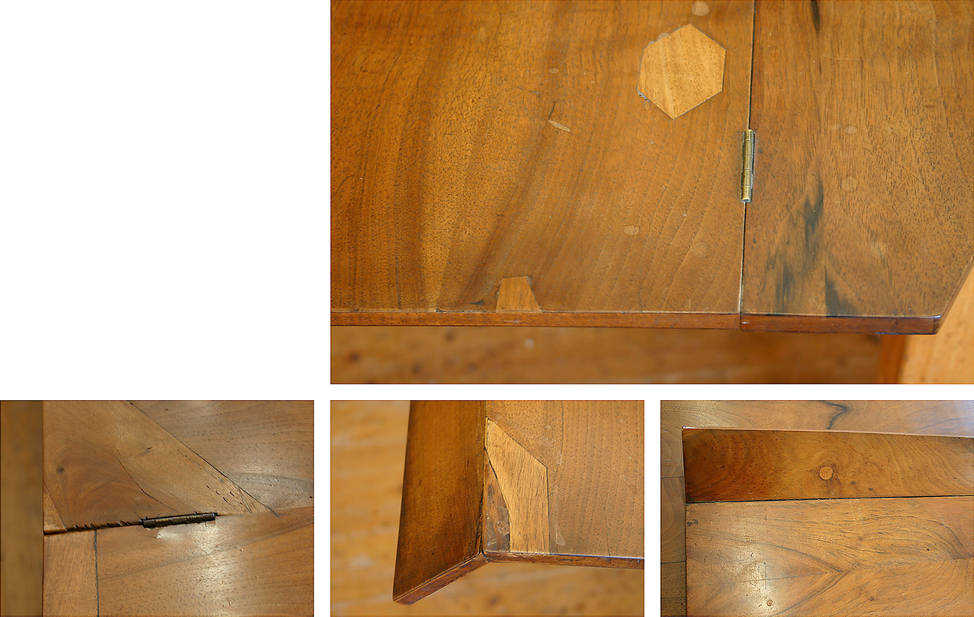 The extensive repair to the lid and lid veneer was highly unsatisfactory and unsightly.